DEVELOPING IMPACT METRICS FOR NONPROFIT JOURNALISM PROJECTS is no simple matter. Over the past several years, foundations, researchers and nationally recognized investigative newsrooms have all waded into the fray, offering competing models and arguments for and against. In the end, impact assessment comes down to a dialogue—about goals; how news informs, connects and engages communities; and how best to maintain journalistic integrity in the process.

That’s why we’ve created this guide, which features both conceptual perspectives for foundations and nuts-and-bolts advice for nonprofit news organizations. We hope you’ll begin by reading the side that’s most relevant to you, and then be drawn into the conversation by reading the other side. We also hope it sparks dialogue about your own projects—among staff, and between foundations and newsrooms.

This half of the guide is published in conjunction with the Media Impact Funders.

JOURNALISM’S OLD BUSINESS MODELS—ONCE DEPENDENT ON LONG-STANDING relationships with advertisers, subscribers and politicians—are being reimagined. Emerging news outlets, many of them digital-first, are more about participatory journalism; they’re more opinionated, more engaged and identified with users, and more reliant on topic-specific support. Nonprofit organizations are also reorienting themselves to produce news and information on subjects that would otherwise go uncovered.

Determining the impact of these next-generation nonprofit journalism projects is a journey that funders, editors and development staff are navigating together. This guide is intended to draw from the best current thinking on how to define and track the impact of these news outlets, and to provide foundations and newsrooms with guideposts to answer complex impact questions.

Over the past decade, foundation support of journalism has been growing. Many factors have driven this shift—economic disruptions in the newspaper economy, polarized political discourse, and a realization that social and mobile platforms allow for the creation of exciting new forms of civic information and dialogue.

If recent trends continue, foundations may have an even greater role in ensuring that citizens are informed, and community information needs are met. “Without the revenues to support them, newsrooms all over the country have been decimated,” writes former Washington Post managing editor Robert G. Kaiser in an essay titled The Bad News About the News.


“Newspapers employed 59,000 journalists in 1989 and 36,000 in 2012 (and fewer since then),” he writes “…. One immediate effect of all these changes and cutbacks is that there’s no paper in America today that can offer the same coverage of its city, suburbs, and state that it provided 20 or even 10 years ago, and scores of city halls and state legislatures get virtually no coverage by any substantive news organizations.” [Note: 1]

In other words, fewer reporters on the ground means there’s less oversight and investigation. And, in turn, it means that citizens are less informed to participate in our democracy. 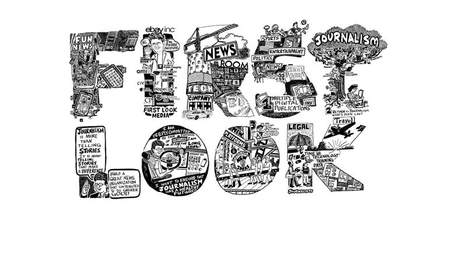 Venture capitalists and individual investors are also jumping into the fray, often supporting highly visible digital-first platforms that have a public interest focus, such as First Look Media, [Note: 3] supported by philanthropist and investor Pierre Omidyar.

Across the board, philanthropic and VC investment accounts for a small but significant new force in the journalism field, totaling an estimated one percent of all financial support for news. According to the Pew Research Center’s State of the News 2014 report, “These newer investments—many of which are ‘unearned revenue’—do not yet represent a sea change in the business model. But they do signify a pivot in the news world. More than the sum of dollars and cents, this funding patchwork serves as a series of signposts pointing toward the ways journalism may be paid for in the years to come.” [Note: 4]

Of course, noncommercial news is not entirely new. Foundations have supported the journalism produced by public broadcasting stations and networks for many years. However, more recent experiments such as digital-first local news sites and hubs for syndicated investigative reporting venture into territory that used to be dominated by ad-supported commercial outlets. These projects must justify themselves to their boards and donors to get support, rather than relying simply on distribution and engagement metrics to attract sponsors.

Whatever reason individual funders have for supporting the myriad forms of nonprofit news, their support is disrupting old assumptions about how newsrooms articulate their mission and track their outcomes.