Macro impact: The impact the film had on a powerful institution, such as a government agency or major corporation 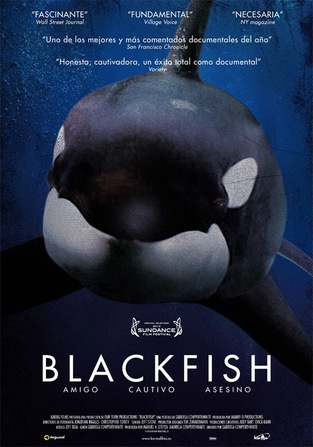 Blackfish centers on the story of Tilikum, a performing killer whale, whose many years of captivity resulted in the death of three people.  Blackfish combines shocking footage of killer whales’ lives in captivity, expert testimonies and emotional interviews with trainers who were witness to the beauty of these fellow mammals as well as the underbelly of the multi-billion dollar sea-park industry.

The filmmakers’ sought to create mass public awareness and understanding about the consequences of breeding whales in captivity and influence SeaWorld to change some of its harmful policies.

●      Blackfish had great success at motivating individuals and organizations to action, with the public response to the film slowly translating into behavior change on the part of corporations.  The impact on SeaWorld, its bottom line and its reputation was undeniable.

○      In April 2014 SeaWorld reported a 13% drop in attendance.  By August 2014 shares had fallen by 37% since the IPO. Financial observers attribute these declines to the negative publicity stirred up by Blackfish .

○      In August 2014, SeaWorld announced their first initiative responding to what became know as the “Blackfish Effect”:  that it will build new, larger environments at its theme parks and will fund additional research on orcas, along with programs to protect ocean health and whales in the wild.

For more information on the “Blackfish Effect” and the film’s corporate impact, read the Britdoc Impact Awards report.