Meso impact: The impact the film had on a group, such as a local community organization, a neighborhood, or any other organized cohort. 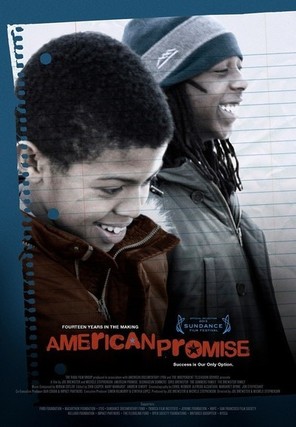 A film thirteen years in the making, American Promise follows the stories of two families who enroll their sons at a prestigious New York City prep school.  American Promise provides a rarely seen look into the lives of two middle class black families who grapple with issues of race, class, gender and education as they push their children toward success.

The filmmakers aimed to close the black male achievement gap in education by fostering support for parents and caregivers of African American boys who often went without recognition of their experiences.  They also hoped to encourage deeper cultural sensitivity among educators by creating and disseminating American Promise’s campaign tools into diversity and professional development training.

●      The film’s viewing and accompanying campaign resulted in a large number of micro-conversations on racial equity that have linked parents, caregivers, educators, and advocates.  The campaign strengthened existing relationships between organizations working on related issues and generated new partnerships.

●      American Promise and its campaign materials have become part of the everyday work of many local and national organizations.  For example:

○      An estimated 14,000 educators are now actively using the film’s Professional Development Curriculum to support the socioemotional and economic growth of black boys.

○      A total of 53 Promise Clubs, self-run advocacy groups, have been formed to help foster greater collaboration and problem solving among parents of black boys.


Email questions and comments to media.impact@usc.edu.