WHO ARE THE ​blueS? 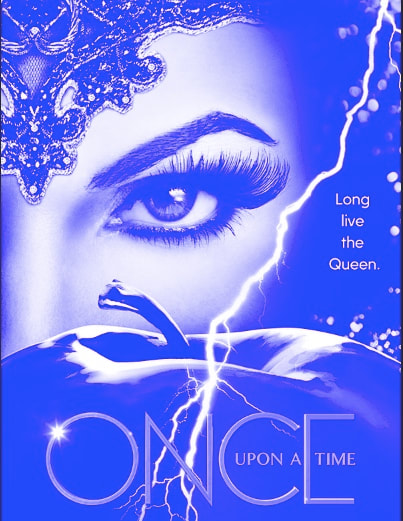 Who are the Blues?
Blues are the largest ideological group in the country, accounting for almost half the population. They strongly believe that the government should help everyone achieve the American Dream. Blues tend to prioritize equality over freedom, overwhelmingly agreeing on a shared duty to help the less fortunate. They strongly believe that immigrants are motivated by their desire to work for a better life, as opposed to looking for a free handout. They hold a mixed view of police, with a sizable faction saying police officers use their authority to oppress some minority groups, and a slight majority saying they protect and serve local communities and citizens.

Most believe US laws do not sufficiently protect minority rights, but they have mixed feelings about affirmative action; a majority believe it levels the playing field, while a sizable minority feels it rewards some groups at the expense of others. Blues want religion to be left out of public life and most believe that Islam is a religion of peace. Of the three groups, Blues are the most religiously diverse, though less than one in five describe themselves as very religious. In fact, almost 25% are atheist or agnostic. They almost unanimously agree that abortion is a private decision between a woman and her doctor and that men and women should share parental and household duties equally. Most Blues believe mainstream media responds to the market, supplying consumers with the content they want, while a sizable minority feels media drives the US political agenda.

Blues are the unhappiest group, more likely than the rest of the country to be unsatisfied with their personal, family, business and social lives. More than half are females between 30 and 64. Compared to other groups, they are more likely to be single. Blues are also more racially diverse than Reds, including the largest number of African Americans. They are more likely to live in urban or suburban areas, and most consider themselves moderate or liberal, with over half identifying as Democrats, a third identifying as Independent and the rest (10%) are Republican.

Blues say they often learn about politics and social issues from fictional entertainment sources, including TV shows and films. They are most likely to discuss what they learn from fictional shows with others, and to seek out more information. Most consume news daily, or at least weekly, and they tend to prefer CNN, followed by the New York Times and MSNBC. This group also prefers NPR News far more than Reds orPurples.

Blues are interested in diverse entertainment options, including foreign programming: they enjoy entertainment that reflects values other than their own, and they are even open to entertainment that they believe to be in bad taste. Bluesagree with Reds that fictional TV shows and movies, whether they intend to or not, contain political messages. Blues like drama and documentaries even more than Purples, and a lot more than Reds. While all groups enjoy character-driven TV shows that put them in a good mood, Blues express a greater preference for shows that inspire discussion. Like Purples, a majority of Blues watch Saturday Night Live, but they are the only group for which Modern Family ranks among their most- watched shows, and they are the least likely to watch Duck Dynasty. Comedy Central’s The Daily Show is popular among Blues.

Who are the Purples?
Accounting for 18% of Americans, the Purples are a widely divergent group, swinging from conservative to liberal on key issues, while marching to their own drummer on others. Purples reflect the most diverse range of political party identifications, and their views span the political spectrum, from progressive to moderate to very conservative. And yet, they are the least likely to call themselves Libertarians or Independents. They identify as Republican (46%), Democrat (32%) and Independent (21%). More than half of them voted for Donald Trump, and less than a third voted for Hillary Clinton. Heavy TV watchers, they are the group most likely to watch TV news on a daily basis, but they are equally likely to tune into CNN as Fox News.

Like Reds, most Purples believe mainstream media drives the US political agenda. They tend to feel the government should help everyone achieve the American Dream, strongly believing in a shared duty to help the less fortunate, despite prizing the ideal of freedom above the importance of equality. Like Blues, they have mixed views about affirmative action, with most believing it levels the playing field. Most Purples hold a favorable view of police, saying they protect and serve local communities and citizens, and they think that US laws sufficiently protect minority rights. In agreement with Blues, most Purples believe foreigners immigrate to America for a chance to work for a better life. However, even more so than Reds, Purples would prefer that religion play more of a role in public life. They are split on views about Islam, with a slight majority thinking it encourages violence.

Some 68% prefer a traditional definition of marriage, although they have mixed views on women’s role, with a sizable minority believing a woman’s primary responsibility is to her children and home, though the majority feel that both men and women should share duties equally. They believe that abortion is a private decision between a woman and her doctor.
Including more men than women, most Purples live in cities. The majority are between 30 and 49; Purples have the lowest number of senior citizens among their ranks. Although they include fewer African Americans than Blues, Purples have the greatest proportion of Asians and Hispanics. Purples are the most religious of the three ideological groups, with the vast majority characterizing themselves as moderately to very religious, mostly Catholic followed by Christian. Purples have the greatest proportion of married people and the lowest share of divorcees. About one quarter are single.

Purples are by far the happiest and most satisfied group, with the highest estimation of their overall happiness and satisfaction with their personal, family, business and social lives. Members of this group are most likely to say that their lives are turning out as expected and they have the most confidence in their ability to make a difference in their communities, cities, states, the nation and the world. They are more likely than other groups to take public actions based on learning something from fictional movies or TV shows, and make themselves heard by contacting newspapers, call in shows, and public officials or filing consumer complaints.

Purples are the group most doubtful that fictional TV shows and movies, whether they intend to or not, contain political messages. Nevertheless, like Blues, they say they learn about political and social issues from entertainment fare and they enjoy diverse entertainment options, including content produced in other countries and offerings that might be in bad taste or reflect values other than their own. Purples enjoy educational, reality and children’s programming more than Blues or Reds. They don’t much like business shows or soap operas, but they enjoy almost everything about the shows they do like – including the humor, suspense and emotional impact – but they especially appreciate their educational value.

Compared to Blues and Reds, Purples are much more likely to say they watch shows to be inspired and to gain new insights; to think about meaningful issues and to have discussions, both while they watch and afterwards. They like shows that give them an adrenaline boost and that give them a chance to experience feelings that are difficult to allow in everyday life. More than half have watched Saturday Night Live, a preference they share with Blues, but only Purples rank The Voice and Dancing with the Stars among their most-watched shows.

Who are the Reds?
Accounting for 35% of Americans, Reds are the demographically oldest group and the most likely to live in suburban or rural areas. Protecting freedom is more important than ensuring equality to Reds, who feel it’s not the government’s role to help everyone achieve the American Dream. They lean toward perceiving immigrants as people who want to be handed a better life. Reds want religion to play more of a role in public life, and a majority agree it is our duty to help the less fortunate.

Many feel that the Islamic religion encourages violence. Reds lean toward prioritizing security over liberty, and they hold a favorable view of police, strongly believing they protect and serve local communities and citizens. Most assert that US laws sufficiently protect minority rights, and they firmly believe that affirmative action rewards some groups at the expense of others. Some 70% of Reds adhere to a traditional definition of marriage as only between one man and one woman, a marked difference to the 97% from ten years ago. Most Reds believe that both men and women should share parental and household duties equally. They hold mixed views about abortion, but a majority leans toward viewing it as a private decision between a woman and her doctor.

Reds believe mainstream media drives the US political agenda.
About half male and female, a majority of Reds are married; they have the fewest singles and the highest percentage of divorcees. Reds are the least racially diverse group, and more than two-thirds say they are moderately to very religious, mostly Catholic or Christian. Describing themselves as moderate, conservative or very conservative, the majority identify as Republican, but almost a third call themselves Independents. Some two- thirds voted for Donald Trump and 8% for Hillary Clinton. Compared to the rest of the nation, Reds have the least confidence in their ability to make a difference in their communities, the nation, or the world.

​Most Reds watch TV news daily (usually Fox News) or at least once a week. Reds tend to be the least familiar with the 50 entertainment TV shows on our list, as they watch entertainment TV far less than other groups, with 18% reporting less than two hours per week. When they do watch TV or films, Reds prefer action-adventure. They dislike talk shows more than the other groups. Compared to Blues and Purples, fewer Reds enjoy a show for its ability to inspire. They are also least likely to enjoy moments of sadness and poignancy in the stories they watch, and they tend not to watch shows in order to experience feelings that are difficult to allow in everyday life.

​Reds are less interested in seeking out diverse entertainment options, including entertainment that originates outside of the US, or that reflects taste or values different from their own. They are least likely to say they have learned about politics and social issues from fictional movies or TV; in fact, they had the highest proportion of people in any group saying they never do so. Reds are the least likely to use shows to stimulate discussion, or provide new insights. Reds enjoy crime procedurals such as NCIS and the dark fantasy Supernatural.  ​